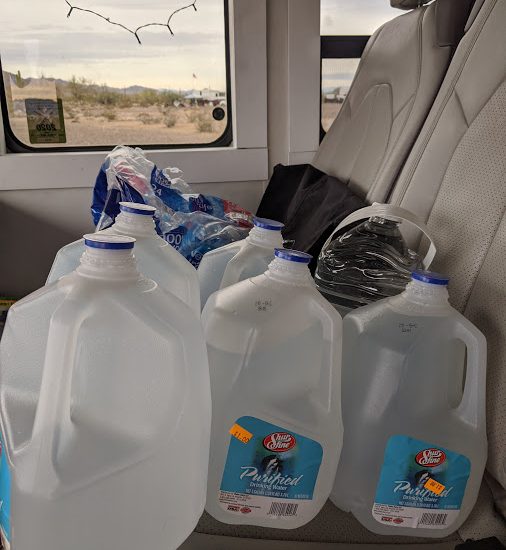 We’ve been buying bottled water for a while as we live in places where the water is a little less than savory. It’s fine but I get tired of all the containers carting around and the waste they generate.

We used those pay water filling stations a bit with a larger bottle, but having to find a station or lug it back and forth also becomes a chore.

Finally, it’s hard to get the kids (and ourselves) to drink enough water daily when the water we have tastes pretty bad and we’re out of bottled water.

Way back in 2017 I had put in the three stage filter system, which was a 5 micron, 1 micron, and carbon filter. It works pretty good, I change the filters out every two months or so.

It was pretty obvious most people use Reverse Osmosis systems to make drinkable water that is otherwise highly mineralized or off tasting. So I settled on a 6 stage system, and realized I could convert our three filter system to the “first three stages” of the system. Since we pre-filter all our storage water, I’d only need to plumb in the additional RO stages and connect to our water tap dispenser.

I installed the RO stages and connected to the water tap, and it was all relatively easy.

One thing done differently than most normal systems is ours is closed. That means instead of venting the water that didn’t make it past the membrane to waste, we cycle membrane rejection water back into the water tanks. This is a functional way to conserve water with an RO system.

If we were to try and cycle ALL the water (eventually) through the RO filter it would clog. In our case, we burn through 100 gallons of water in about a week, making approximately 10 percent (10 gallons) of RO water per tank, which is an acceptable ratio.

Except for the faucet leak this morning, which was annoying, but a simple fix (tighten the fitting some more!)

The final install after using some zip ties made it look a bit cleaner.