A week or two ago, the time was finally right to try and purchase a lithium battery pack for our bus. I’ve been planning on this for several years now, and in fact our whole project revolves around the energy density afforded by lithium power storage.

I don’t think I’m doing anything particularly novel here – several other folks have converted the Leaf pack into a storage battery, but the utility of a lithium based system is so valuable (I should probably come up with another post discussing this) that I am surprised this is not more mainstream yet.

Anyway, with some suggestions for where to search from Juan, I located a 2013 year model pack from a salvage yard a few miles north of the Tijuana boarder, in San Diego. It sounds so sketchy it’s sort of funny – Baja Auto Wrecking was actually pretty good! Just be sure to have a fax machine.

It took two days to ship the battery north via freight, and then I picked it up at a local freight terminal. 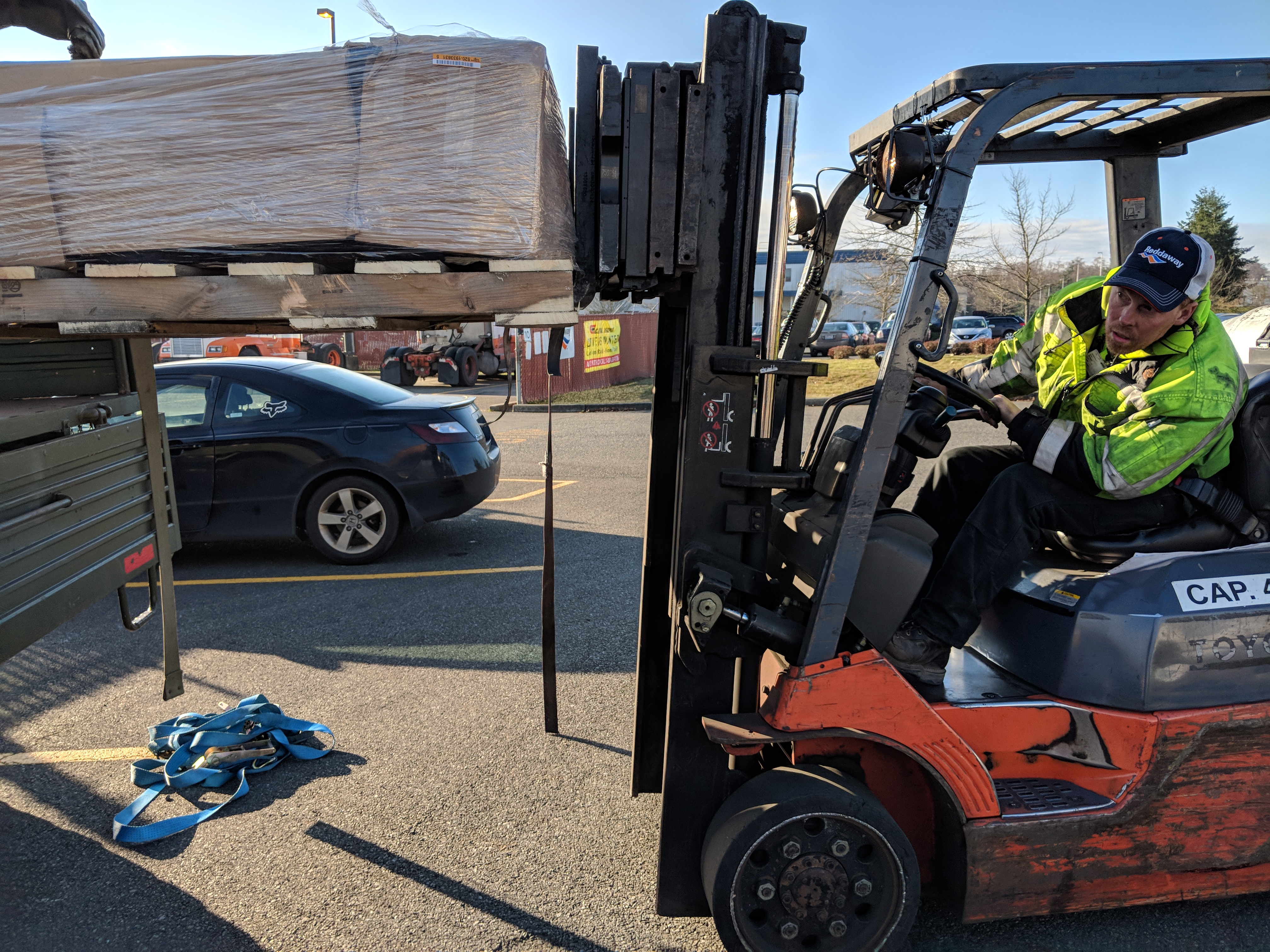 Now I’ve got this 600 lbs battery module in the back of my truck, so I have to take it apart there and set the pieces aside. Last night I managed to can-opener the lid off the box, to see what treasure awaited me inside.

Wow – this is pretty impressive. It reminds me more of a network rack from the kind of work I deal with, than an automotive component.

I find it intriguing that I was able to buy a used electric car battery pack, and it’s not really a big deal to re-purpose it. This was an unheard of thing just a few years ago. I suppose maybe I’m getting some perspective nowadays, but technology advances rather quickly – it’s up to us to see new ways to apply it ourselves.

No comments yet
lithium power