So if you recognize what movie scene this is, you’ll know how I felt tonight about my entry steps… 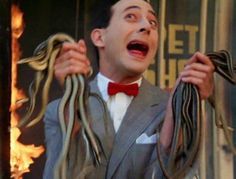 I am now working on the entry and the kneeboard/barrier/thing that keeps passengers up front from falling into the stairwell and also something to bolt the handrail onto.

Since I’ve had the bus I have left the original vinyl step covering on the treads. Well, time to fix that.

I thought I’d get back to the project roots and show some rust removal.

First step was to unscrew most of the screws holding the vinyl down, then grind the rest off. (Hey there’s that burning pine-sol smell when grinding, ah memories…)

Next was ripping up the vinyl up, then these terrible tin tread covers/rust traps.

I don the full face respirator and hearing protectors, and needle scale the rust and old adhesive to this:

Follow up with a flap disc to remove more rust to this:

Then phosphoric rust converter attempt 1 and 2 get it better, but the pits are really deep still.

So, wire wheel, DA sander, and a belt sander again. An application of rust Mort later gets me this:

Clean up with some lacquer thinner, and let everything chill for the night. I’ll spray a decent 2k epoxy on the floor (no more galvanized metal there…)

After that, I’m undecided on the final look other than a big rubber floor mat for catching dirt. Maybe some grip strips on the tread…

No comments yet
adhesive metal