Getting some finish wall covering installed. Don’t mind all the dirty handprints. The surface washes with a rag or even Mr clean magic eraser. Sharpie pens just disappear! Its a good kid resistant surface. 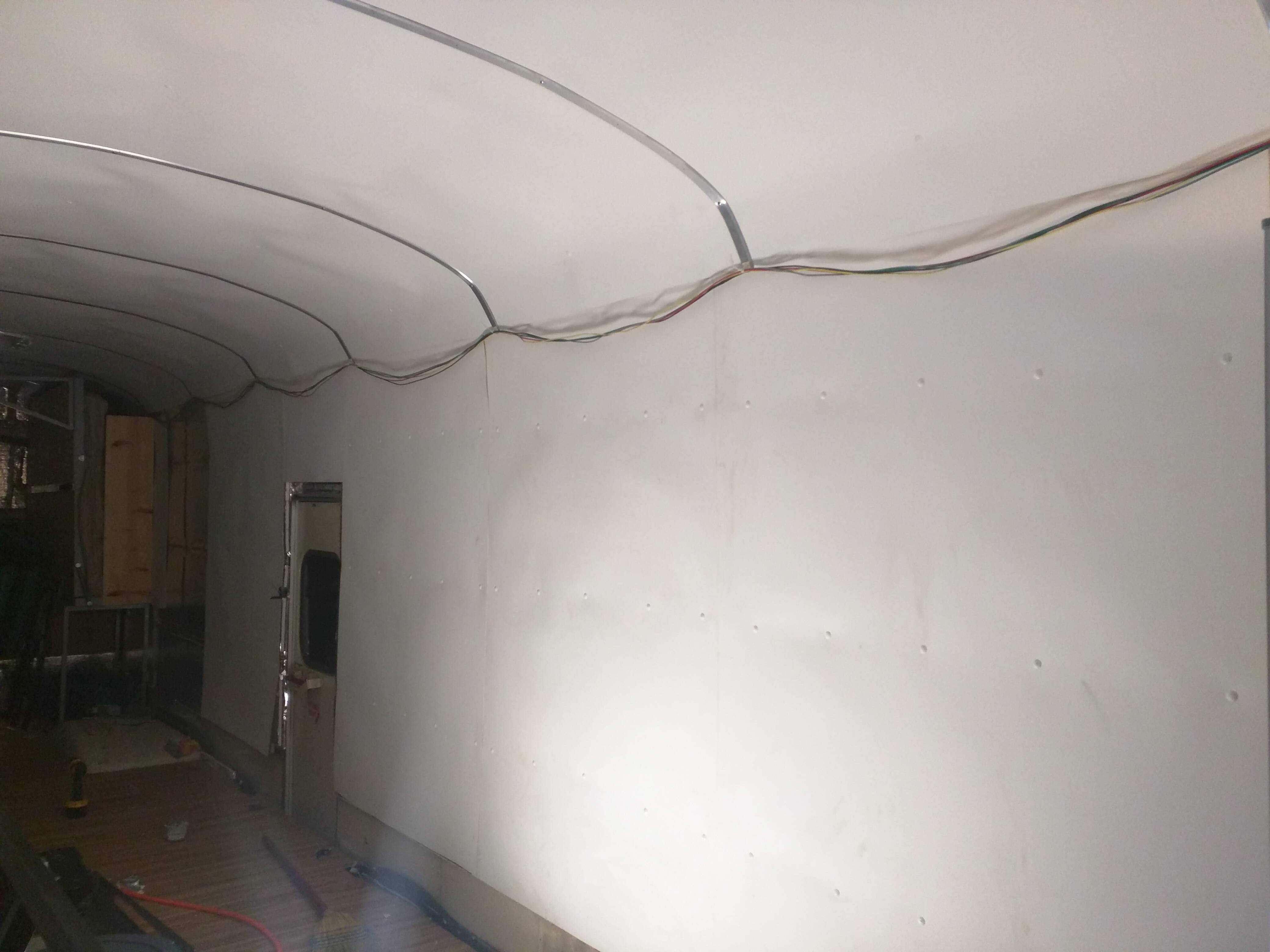 Its an .0625 plastic sheeting, made from the same stuff as milkjugs. Its not really structural, and its designed for gluing onto surfaces.

In this case I’m using FRP rivets instead of glue to hold in place which works quite nice. I’ve done some extended wear tests in the unimog and it seems to hold up.

The main reason for the paranoia is it says “not for use in rv” in tiny letters somewhere, but I think that’s when used with an adhesive. My guess is the material is somewhat sensitive to thermal expansion and contraction. Install while it is hot, and it will shrink slightly. When cold it will expand during heating. So just install at nominal temp and fasten it instead of glue and it’ll be fine.

No comments yet
adhesive glue